We live in an increasingly globalized world. Just a few years ago, going global (offshore) was a luxury afforded to only the wealthiest of companies. Yet as the communication infrastructure around the world has expanded, incorporating an offshore company is fast becoming a necessity for any entrepreneur with an ambitious growth strategy.

More than half of the

Going Global: Why would you want to register an offshore company?

The benefits of going offshore are simple:

Keep in mind that tax savings strategies can come entirely from legal methods of reducing one’s tax burden. The illegal methods, known as ‘tax evasion’, have become ineffective in recent years, as tax authorities around the world and the OECD have worked to crack down on evaders.

Using an experienced corporate service firm can help avoid any issues as they will know the procedures and due diligence requirements to ensure that all legal obligations are met in your home country and the offshore jurisdiction.

What about ‘tax havens’?

‘Tax haven’ has never been a legal term. It’s a colloquial term referring to jurisdictions that have gained a reputation as top destinations for setting up an offshore company and international bank accounts.

The labeling of jurisdictions as ‘tax havens’ almost seems arbitrary, as the Cayman Islands and Switzerland are repeatedly slandered with the term, while equally favorable jurisdictions like Dubai don’t receive the same attention. The term is falling out of favour, but in general, the term is used to refer to jurisdictions that offer low, or no tax.

Which country offers the best benefits for registering an offshore company?

This question has multiple answers and really depends on an individual’s situation and company’s business objectives. However, the most appealing destinations tend to be in Asia/Middle East, with Dubai, Singapore, and Hong Kong being some of the most popular choices for entrepreneurs who are going global to expand their business.

Great business environments, competitive tax rates, startup incentives, and top-notch infrastructure all contribute to these three jurisdictions being an excellent choice for someone wishing to go global with their business.

Why do governments allow offshore companies to be incorporated in their jurisdiction?

Short answer: it’s good for business and their economy.

If an entrepreneur was intent on lowering their tax burden by illegal means (hiding assets), it is definitely possible. However, the majority of offshore companies are used for legal purposes as they can still be beneficial without the risk or hassle.

Is owning an offshore company illegal?

Is there more than one type of offshore company?

Several jurisdictions have their own names for this type of company.

For example, they are called International Business Companies (IBC) in the Seychelles. Non-resident companies, special license companies and business companies are all commonly used names as well. They all share the same key qualities: they are their own entities, capable of having assets and receiving income.

Going global is not a decision to be taken lightly.  Registering a company in an overseas jurisdiction and opening an international bank account can be done easy enough but it should be researched to determine if it is the ideal strategy to meet business objectives such as expanding to foreign jurisdictions, improving efficiency of international operations, asset protection and more.

Engaging the services of an experienced agent has the advantage of using their knowledge and experience of offshore markets, international tax and company laws to help prevent issues arising. It also helps make the process of going global a smooth one and ultimately a long-term one. 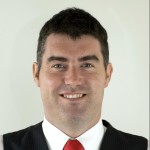