Effective Tips for Building Your Brand on Social Media Everything nowadays seems to depend on social media. If you’re going to get noticed, that’s where it’s going to happen. After all, even a year ago

Yes, Facebook is the biggest by far. It has got nearly 1.6 Billion users world-wide. Instagram, to pick another site, only has 1/4th of that. That is not the only statistic that you need to think about when deciding to make your brand push, however.

Another interesting one to think about is the age demographics of the different networks. For example, Snapchat has by far the youngest age distribution, with 45% of users between the age of 18 and 24. Facebook, in the meantime, only has 16% in this age bracket, while 62% of their network is over the age of 35. So if your brand is targeted at and older audience, Facebook is a good bet. Trying to go with a younger network? Hit Snapchat, Tumblr or Instagram.

Equally interesting is the amount of ad revenue the different networks makes. Facebook is reputedly making $4.3 billion, even while Instagram is only making 600 million. Now the reason this is fascinating, is that if you divide their total users by the amount of money being spent on advertising on the different networks, you get ($4.3 billion / 1.6 billion users) $2.7 dollars per person on Facebook, even while the spending per person on Instagram is ($600 million / 400 million users) 1.5 dollars. Now based on this (admittedly rough) calculation people on Facebook get exposed to almost twice as much advertising, which means dollar-for-dollar your advertising there will be less effective.

We like what other people like. That might sound like an inane statement but believe me, it isn’t. Social branding only works if you actually have a following. If you don’t, it can actually hurt you as people assume that since other people aren’t interested, they shouldn’t be interested either. So when you start your social media campaign, hit the ground running.

The entire point of social media is that people can actively engage. And that means more than just letting them like, comment and share. It means talking back when they talk to you, taking on board their suggestions and responding to their criticism.

It even means letting them post content to your site and your social media walls since it’s now possible to monitor such content and harmful material can be filtered out before anybody sees it. That means the downsides are minimal.

While the upsides are tremendous. After all, if you can get your fans to engage frequently with your brand, you’ll end up in the enviable position of having them generate content and buzz for you at which point you’ll be generating all the social proof you need.

You might even be able to create a community, which will take a lot of the work of branding your company off your hands.

Not getting enough active engagement? Try a competition. Perhaps get them to design new logos, take lifestyle pictures with your items or think of the strangest (and funniest) places where you might find your product.

The trick here is to make certain that the prize on offer truly sparks the imagination (tickets to a foreign country, a chance to pitch a design to the directing managers, a design position in the company, etc.) If you can pull that off, the buzz you’ll create and the attention you’ll attract can far outweigh the cost of the prize.

Want to have your content shared? On an analysis of 100 million articles, the people at OkDork discovered that awe, laughter, amusement and joy were the most likely to be shared than any other emotion.

Anger, sadness and fear did not do half as well, (they came in at 6%, 1% and grouped in with ‘other’ respectively), which is probably a good thing as this is rarely the emotions brands want to evoke.

This means that if you want you brand to spread and be shared between people, it is these emotions that you want to illicit. In fact, that’s not the only reason that you want to evoke these emotions, as by simply expressing them through your article, they will become associated with your brand. And there are definitely worse ways to go than having these four emotions connected to your company!

A strong brand can be an incredibly valuable thing as it helps you not just sell your product but the associated lifestyle as well (and that is at least part of the reason many of us buy what we need today, after all, most of us don’t really need more stuff). So for that reason make certain that your brand gets the independent attention it needs and that people don’t feel that all you’re trying to do is use your brand to push products down their throat.

And then link that to the product that you’re selling. This road might be the longer one, but if you can stay the course it can be a far more profitable as well. After all, changing people’s perception of your brand is incredibly hard. So why not get it right straight off the bat? 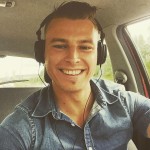