Overseas communities have long played an important role in the economic development of their home countries.

Last month  saw the launch in Dublin of Gateway Ireland , an ambitious project to leverage these ancestral ties by connecting the modern Irish State with the Irish diaspora worldwide using Web 2.0 technology.

However, the Irish will not be the first ethnic group to extend the virtual border of their nation beyond geographical boundaries with Web 2.0 technology.

OneVietnam Network, which launched a beta site on 17th June 2010, is the first social network site built by a diaspora to connect up geographically dispersed communities worldwide.  OneVietnam’s goal is to promote networking among the global Vietnamese to support  philanthropic activities and promote development in the motherland.

Vietnam Today is not Vietnam Yesterday

Vietnam today bears little resemblance to the country represented in Hollywood movies of the last 50 years.

With one of Asia’s youngest populations, Vietnam  is a rapidly developing country of 86 million people with a vibrant, dynamic, high growth economy.  Twenty years since the government started the policy of modernization or ‘renovation’, the problems faced by the country today are as much to do with success as they are to do with underdevelopment.

Vietnam’s people at home and abroad are diligent, forward thinking, and smart.  There is a great sense of optimism that the country is successfully making the transition to a brighter future. Overseas communities have been actively cultivated by the government for many years and are playing a key role in development at home.

The worldwide overseas community is made up of several million first and second generation Vietnamese located in the USA, France, UK, Canada and over 26 other countries including Ireland.

The goal of the OneVietnam Network  is to provide a contemporary channel for what Vietnamese people have always done: collaborate for the benefit of families and communities, regardless of where they are located.

OneVietnam was started by a group of young Vietnamese American professionals .  With the support of a heavyweight advisory board of US academic , philanthropic and IT business leaders, the project kicked off in 2009.   The project aim is to deliver an online platform  that uses the latest in Web 2.0 technology to connect up the Vietnamese global community for the purpose of philanthropy.

OneVietnam Network is non-political  and non-profit organisation.  It is funded by the East Meets West Foundation (EMWF).  One of EMWF’s biggest sponsors  is Chuck Feeney’s Atlantic Philanthropies, an organisation very well known to Irish readers.

The project has already gained serious momentum even before the official launch.  While the final platform was under development, the team started to recruit community through The OneVietnam  Facebook Page which has 5000+ fans and the OneVietnam  blog which contains  200+ original articles and received more than 50,000 hits in 2009.

OneVietnam Network allows users to discover and take part in their community through a one-click, search find- and-contribute system. Users can instantly sign up to the philanthropic projects that matter to them most, like the construction of a new library in their hometown.

Another aim of OneVietnam Network is to open up dialogue opportunities between Vietnamese worldwide, helping younger generations to get reinvested in their motherland – as well as filling in the communication gap between individuals who want to contribute and nonprofits who can provide resources.

I chatted recently to Uyen Nguyen, co-founder and business development director of OneVietnam Network, about the project:

DQ: What is the difference between OneVietnam.Org and just creating an online group on Facebook or Linked in, for instance?:

UN: “In addition to the many extra features for making connections with the community available on the new platform, the key difference between us and other social networks is our philanthropic focus.  Try raising funds for an important cause on Facebook day in and day out.  You’ll be competing with the hundreds of other things that people go onto Facebook to do.  On OneVietnam, we attract people who share a common appreciation for the Vietnamese culture, and then we make it easy for them to contribute to causes that help Vietnamese people.  “

DQ: The US contains many different groups of people with overseas heritage. In these times of economic uncertainty, what role do you think that a diaspora can play in supporting the economic and social development of the heritage country?

UN: “There is no doubt that Vietnamese expats have a strong affinity for Vietnam and desire to help the disadvantaged in our motherland.   Vietnamese expats send about $7 billion (USD) in remittances to Vietnam each year.  That’s nearly 10% of Vietnam’s GDP.  “

DQ: For other countries with large expat communities around the world, do you think that the OneVietnam platform and concept could be adapted so we would have, for instance, a OneIreland.org, OneIndia.org, OneThailand.org etc ?

UN: “Definitely! It is in our long term vision to make the OneVietnam platform available to other ethnic communities.  We’ve actually already begun speaking to other expat communities, and they’ve all shown strong interest in adopting the technology.  Our platform not only will be the best way to connect expat communities spread out across the world but can also transform the landscape of philanthropy altogether.  One of the technologies we’re working on is an intelligent system that will “automagically” match you up with philanthropic projects that matter to you most, like the construction of a library in your home town in Nha Trang, Vietnam.  “

DQ:  Even though OneVietnam.org has its roots in the USA community, do you see the platform as a global one that will include the Vietnamese communities in other countries increasingly in the future?

UN: “Certainly!  We want OneVietnam Network to be a global network, with Vietnamese people and friends of Vietnam from all corners of the world.  First we will have to focus our resources to bringing the Vietnamese American community online. Rest assured, you will see us marketing like mad in other parts of the world when we have more funding and man power.  The amazing thing about the internet is that anyone can have access to our network.  So we welcome Vietnamese people from any where in the world to join us online!  “

DQ: Any release dates & other red letter days for OneVietnam this year?

UN: “Our preview launch will be on June 17.  Starting June 17, users can sign up on our website to preview the network and to provide early feedback.  Some features of the network will continue to be developed until our public launch, which we hope to happen later this year.  “ 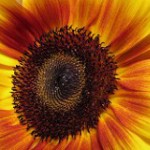