Bringing Production Back Home: How Online Companies Are Reshaping the U.S. Economy

If you want to start a divisive argument in a room full of business leaders, just mention outsourcing.  Many leaders lament the rise of outsourcing while others’ businesses thrive on it, but the practice has existed for a long time.

It took off in the U.S. in the 1960s, when standardized shipping container sizes made international shipping cheap, easy, and more efficient. This change transformed our oceans into relatively inexpensive freight highways and opened up a thriving global marketplace.

But, as is often the case, these new advances brought about unintended consequences with a far-reaching impact: Since manufacturing near your market was no longer necessary, this quickly led to the import and export of jobs in addition to goods. Outsourcing labor to the lowest-bidding countries became the norm for many American businesses competing for profits.

As domestic manufacturing began to dwindle, displaced workers were forced to find new employment. But after the 2008 recession and with China challenging the U.S.’s position of economic supremacy, there has been a renewed cry to return manufacturing to the U.S.

Now, another powerful paradigm shift is finally making this happen: Online companies can reach consumers directly at a lower cost, and they may be the key to reshaping the U.S. economy.

Why online is happening

As the online market has developed and become more transparent, a number of inefficiencies in the old distributor/retailer model have become glaringly obvious.

Even if a product is manufactured cheaply overseas, the traditional process of getting the product to the consumer involves a distribution chain of retailers, distributors, sales reps, and advertising professionals that cost the end consumer much more than the initial production cost. This increasingly outdated channel can generate over 80 percent of a product’s final retail price.

But as consumers gain more access to information online and more control over their purchasing options, this is becoming a thing of the past. Consumers can buy the best products at the best value directly now, disrupting the traditional distribution chain.

Low-cost direct online companies are popping up every day and massively reducing the distribution costs of this equation, downgrading the advantages big companies once held by using cheap overseas labor. Small online direct businesses are now able to open domestic factories and warehouses, reducing transportation costs and “re-shoring” American manufacturing. How’s that for an unintended consequence of the Internet revolution?

Why is domestic manufacturing now appealing?

There are several additional reasons why domestic manufacturing has become more appealing in recent years, according to Denver Business Journal:

While some business owners still complain about the higher labor and structural costs inherent in domestic manufacturing, more are coming to understand that as time goes on, the benefits will increasingly outweigh the negatives.

Most startups have embraced the new online distribution model, but many established companies are inextricably bound to existing distribution channels. Their entire business model and competitive advantage are based on an outdated system, and many businesses are paying the price. Borders and Blockbuster spring to mind as examples of businesses that weren’t able to adjust to the modern online marketplace quickly enough.

Under the old model, producers and consumers had very little power in the sales process, but as the Web brings more options and transparency to consumers, the power imbalance is beginning to shift. Consumers are now capable of finding the best products at the best value, eliminating the need for distribution middlemen.

As the inefficiencies of traditional distribution and the benefits of domestic production become obvious, more businesses will bring their manufacturing back to the U.S. Everyone involved — companies, consumers, and workers — will reap the rewards, regardless of what side of the argument they’re on today. 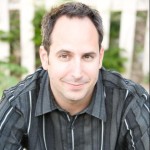