Australia Growing as the Hub of Largest Manufacturers in Printing Industry

Australia is growing as the center of the largest manufacturers in the printing industry. Printing and art graphics playing the main role in driving the economy and workforce, with an estimated 6,500 businesses in operation and almost 27,000 people employed in occupations.

The industry is effectively managing a wide variety of operations and assisting creative industries to deliver their products. There are a wide variety of sectors that the printing industry manages alone including desktop publishing, digital printing, graphic press, multimedia, print finishing, print production, printing, and screen printing.

As different parts of sectors are growing, contracting, or transforming in response to external forces, therefore, it becomes necessary to look at the growth of its employment trends – The Printers sector has the largest proportion of this workforce at just over 18% while the employment projection declined by 2.3%, which is expected to decrease further between 2019 to 2024, while the graphic, web designers, and Illustrators predicted 14% growth by 2024. Print Finishers and Screen Printers are also predicted to fall by 3%.

The most occupation job vacancies in demand are –

The Demand of the Printing Industry in the Market

Changing market demand has led to a decline in some products such as printing newspapers and magazines, this is because the market is shifting online, with people more likely to read online than print editions. According to the source, it has been found that digital media is growing rapidly while print media is continuously decreasing.

According to the data, more than half the world’s adult population read a newspaper: more than 2.5 billion in print and more than 600 million in digital form which is continuously increasing every year.

But there are some other areas that have the potential to grow, such as printing consumer advertising (eg, printing catalogs and direct mail), packaging and food labeling, printing for publication, general business products, and events.

In a recent industry report, around 67% of businesses around the globe believe that by the year 2025 the demand for printing machines will increase in every sector.

Technology has changed the printing and graphic industry in many ways, here are a few of them –

Data shown represent most requested generic skills and occupations according to internet job postings in Australia between July 2016 and June 2019 filtered by ANZSIC and ANZSCO classification levels. 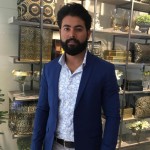 How Much Can You Automate as an eBay Seller?

Difference Between FDM and SLS in 3D Printing