It’s no secret that Australia has come to the alternative finance party a little late. While the past decade has seen the UK blaze a trail in the field, the first Aussie peer-to-peer lending platform only appeared in 2012.

Peer-to-peer and crowdfunding platforms began to appear in the UK nearly a decade ago in order to fill the credit gap the banks created after the global economic crisis. However, the plucky start-ups of those days have now seen the market explode – predominantly in the past three years.

A recent report by the Cambridge Centre for Alternative Finance and Nesta revealed that the UK’s alternative finance sector grew by 84% in 2015 with a total market value of £3.2 billion, up from £1.74 billion in 2014. The industry ‘recorded substantive expansion across almost all models’ according to the report’s authors.

By contrast, still in its infancy, the Australian alternative finance market raised a modest $100 million in 2014 and is taking its time in building an effective framework from which to grow from.

It’s hardly surprising though when you can count the number of Australian lending platforms on ten fingers.

Society One was the first peer-to-peer lending company to appear and since then a few other lending platforms have cropped up including Ratesetter Australia, Direct Money and most recently Money Place which launched in 2015. Crowdfunding has three market leaders: ASSOB, OZCrowd, and VentureCrowd.

One thing that these fledgling companies (as well as the many prospective lending platforms on the horizon) need is some form of regulation.

The self-regulation that the UK has so far enjoyed has proved very effective. Regulatory bodies such as the Peer to Peer Finance Association (P2PFA) and UK Crowdfunding Association (UKCFA) have so far had a relatively light touch, whilst expecting voluntary members to keep to high standards.

Last year, however, the responsibility for the consumer credit market transferred to the Financial Conduct Authority (FCA), which is now processing the regulation of all the crowdfunding platforms.

Response to greater regulation is mixed, given the market’s success so far – but many feel that with the rapid evolution of the sector, it is the only way to properly protect businesses, investors and consumers.

In order to build confidence in these participants of the Australian alternative finance market, a self-regulatory body would be a good start, whereby expectations are set around business practices and service levels, the quality control procedures of online lenders are certified, education is provided and inadequate market participants are censured.

It has also been suggested that all alternative finance lenders should sign the Banking and Finance Oath. An Australian initiative backed by high-profile bankers such as Simon McKeon and Jillian Broadbent, it advocates transparency, good faith and ethical restraint.

Once the pillar of this emerging Australian finance market is strengthened by consumer confidence, then participating companies can begin to extend their reach in a similar manner to their British counterparts.

Here are three developments in the UK market that Australian alternative finance companies should aspire to:

Whilst crowdfunding and P2P lending are now a fully established and respected branches of the UK finance industry, many consumers are now making the most of a beneficial offshoot to the basic securing of funds.

Crowdsourcing has recently emerged as an additional service offered by some lending platforms and it’s proving to be a highly effective catalyst for growth.

Entrepreneurs and established businesses alike are now looking for a little more than just money from their backers as many lenders are now combining crowdfunding with strategic link-ups with appropriate advisors and skilled professionals.

Angels Den is a fine example. Co-founded by Bill Morrow and Lois Cook in 2007, the award-winning crowdfunding platform does more than just facilitate financing for SMEs. Its focus is on linking business owners with lenders that have the right expertise and contacts to drive growth, making it less of a platform and more of a springboard to success.

Offering a bespoke service is, according to Morrow, key to their clients’ continued growth:

‘We are about ensuring businesses are still in business – we are not just a mechanism to get you equity funding. In our 8 years, 94% of all the businesses that we’ve funded are still growing…and that has something to do with the fact that we are putting in experienced business people and that we understand what the entrepreneurs need.’

Angel’s Den’s success rate is well above the industry average and many other are cottoning on to its strategy. See infographic.

A recent Nesta study of crowdfunding users revealed that 71% saw the non-financial benefits on offer, such as press and marketing, as very important when choosing a platform.

It also drew attention to the growing trend of ‘more substantial non-financial benefits being provided by backers with people offering to donate time and skills to the projects they backed (particularly the case of projects with a social purpose).’

The explosion in UK alternative finance has also led to increased competition in the market and online platforms are fighting to attract both funders and fundraisers.

Public awareness of the market has been an issue in the UK, and will certainly remain so in Australia for the short-term, but the benefits of leveraging mainstream and online advertising channels is now paying dividends for British companies.

In London especially, P2P lenders and crowdfunding platforms are advertising on billboards, buses, taxis and trains, as well as TV in order to reach new customers.

Marketing is also being directed at independent financial advisors, business associations like the FSB (Federation of Small Businesses) and commercial brokers in a bid to bring more SMEs and entrepreneurs in need of funds to the table.

Alternative finance companies are also forming partnerships with institutions and organizations in the private and public sectors in order to attract high-quality borrowers and fundraisers.

Around 40 British universities are now trying to inspire their alumni to fund various projects by using alternative finance platforms.

And a considerable number of regional local authorities, including Plymouth and Manchester, have partnered with alternative finance companies in order to fund local businesses or community projects.

Corporate heavyweights like Virgin, Amazon and KPMG are also getting in on the act, forging partnerships with alternative finance platforms and the boundaries of the traditional financing world are being pushed further still with a number of bilateral referral partnerships between alternative finance companies and banks (such as Santander and RBS) in a bid to attract high quality borrowers.

Whilst Australian alternative finance is still busy trying to establish the P2P and crowdfunding models, the British sector is evolving rapidly and recent research has revealed a number of growing asset classes that are paying dividends.

The 2015/16 Nesta industry report claimed the fastest growing alternative finance model is donation-based crowdfunding – which saw a 500% increase in the amount raised last year, to £12 million. A good example of these kinds of platforms is the hugely successful Kickstarter who have achieved some awe-inspiring fundraising campaigns, including those for Pebble Time and Coolest Cooler.

Invoice trading – whereby SMEs can trade their invoices or receivables at a discount, in exchange for immediate working capital – is another segment of the market that has been enjoying considerable growth. It has seen a 20% increase from £270 million in 2014 to £325 million in 2015 and seems to have strong momentum going forward, with £107 million traded in Q4 compared to £57 million in Q1.

Australia certainly has a huge pool of demand for alternative finance and its young market is likely to see exponential growth, once a solid framework is in place.

Existing alternative lenders and potential players should look to the evolution of the UK market as they press forward in this exciting new world of finance. 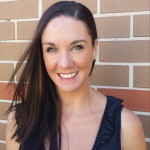