What Is A Winding Up Petition And What Should I Do If I Receive One?

A winding up petition is a petition presented to the court seeking an order that a company is placed into compulsory liquidation.  A petition is usually a last resort for a creditor when their customer has not paid and they will likely have tried many other options to recover their funds before issuing the petition.  As well as being an expensive procedure (at the time of writing the court fees and petition come to around £1,500) the creditor must also prove to the court that the debt cannot be paid.

To wind up a company the creditor must be owed £750 or more and they must provide evidence to the court that they are owed this money by the company.

Evidence could be in the form of:

Once the winding up petition has been issued, the petitioning creditor must:

Once the advert has been placed it is likely that the company’s bank will freeze their account, which most cases will prevent the company from continuing to trade.  The winding up petition itself sets the date for a court hearing, at which point the judge will issue a winding up petition if appropriate.  This date is usually around 12 weeks from the date of the petition.

What happens in Court?

At the court hearing the judge will hear from the creditors represented and from the directors if they are represented.  Unless a settlement has been reached or unless the judge believes there is good reason for the debt not to be paid a winding up order against the company will then be issued.

Following the winding up order, the company will be closed and its assets sold to pay its debts. The court will put an official receiver in charge of the liquidation and they will start the process of turning the company’s assets into money that can be used to pay the company’s debts.

What to do if you receive a winding up petition?

The key is to act as quickly as possible by seeking professional advice.  As the advertising of the petition will likely freeze the companies bank account, it is best to seek advice prior to this, ie when the petition is first received, rather than letting it get to the point where the bank account can no longer be used.  Although there are still options once the petition has been advertised, things do become more difficult, particularly as other creditors could add themselves to the petition once they know about it.

The options once the petition is received if liquidation is to be avoided are:

Even up to the day before the hearing, action can still be taken and it is possible that the hearing could be adjourned whilst other options are explored.  However, this is a risky option and the best route is to take early advice to avoid the liquidation of the company.

Images: ”Man writing on a blank paper with ink pen/Shutterstock.com“ 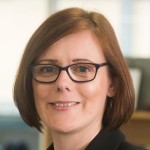