The Top 5 Finance Cliches Going Out Of Style In your lifetime, you’ll hear more cliches than you can shake a stick at. They come at you left and right, but sometimes you don’t even notice them. Unfortunately, there’s a few finance cliches which are going out of style, so let’s bid them a farewell before they bite the dust altogether.

Personal finance is a buzzword these days, with a focus on debt and budgeting. It’s no secret Americans spend what they don’t have, either because they think they’re made of money or just penny wise and pound foolish. I looked up the cost of a shoestring, and I’m quite certain there’s no budget on the planet which could run you so little. I’m all for saving money, but there’s no way a person can operate on a shoestring budget. It might be time to up the ante to Gas Tank Budget.

#4. A Penny For Your Thoughts

With social media like Facebook and Twitter, everyone is blasting their every thought without charging a dime; or even a penny. Unfortunately, all bets are off if thoughts are worth their weight in gold anymore. The cloud is thicker than fog on what financial advice you can even trust anymore.

#3. Champagne Tastes And A Beer Budget

You’re off your rocker if you can show me a champagne better than beer, and let’s be frank: cheap beer is available, but America is hot on the iron for some micro-brewery beer. Count me in on this. I’ve handed over a day’s pay for a four pack of of the finest ale, and it was money well spent. The days of delicious champagne are all but gone, and I can’t imagine they’ll get a second wind.

This one is clearly out of the frying pan and into the fire. With unemployment at persistent rates, not many people are bringing home the bacon, but rather scraping by. Yet when they do, they’re being forced to share their bacon with the hungry mouths of healthcare, called Obamacare. I’d offer up the link for you on that but… that one’s as good as gone already and opportunity never knocks twice.

Most pre-retirees have less money saved for retirement today than they did 5 years ago, on average. We’ve all heard the same song and dance about recovery, but isn’t it different this time? Is Social Security secure or loose as a lug nut? If someone is scraping the bottom of the barrel, there won’t be much cashing of chips going on.

Here’s the truth. Like ancient cliches, old personal finance thinking is going out of style at the blink of an eye. There needs to be a kick start of proactive thinkers who are willing to take the looming budget deficit head on. Full force. No dollying around, no playing footsy. As a consumer, a business owner, and a sceptic, I can only assume the current state we’re in is only going to burn holes in the pockets of our children.

Media tells us things are better. The stock market has hit new highs! Homes are selling better than ever!

I’m not buying it.

Images: ”the icons of the financing /Shutterstock.com“ 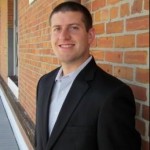