Pokémon Go and the Soaring Market Value of Nintendo

Pokémon Go has become a phenomenon for the gamers of the new millennia who now have about 150 new reasons to walk while they look at their cellphones. There was “Angry Birds” and then there is the augmented reality game, Pokémon Go. The new app is a reality-based mobile gaming technology that is franchised by Nintendo. The app has soared right to the topmost position with Apple’s app store and has recorded a landmark high with the gross revenue charts in a matter of two days! Analysts report that the total number of daily active user for Pokémon Go is almost the same as that of Twitter.

Pokémon Go is a based on the basic ideas of a scavenger hunt game. The cellphone’s GPS is being used to track down various characters of Pokémon that appear all around the player. This uses an augmented reality platform on the mobile phone. It is quite possible for you to find a Pokémon or two around your home too! The game becomes more rewarding for players who take an ‘active’ interest outside their homes.

Back in the game

The shares of the underdog Nintendo Company soared by about 9% on the first day and went up to 25% of day two. The game has generated revenues worth about $3.9 million within the first day! What’s more? The game has been launched in Australia, New Zealand and the United States apart from the home country, Japan. The shares of Nintendo spiked up to 25% on the opening day. Nintendo was a traditional video game maker which was highly critical of mobile gaming applications when they were initially launched and took up their market of video gaming technology.

Nintendo has about 33% of ownership in Pokémon Go and it will help the company as they prepare to launch their gaming console ‘NX’ next year. The popularity of Pokémon will provide attention to the company and create a positive curiosity about its upcoming launches.

If this is not enough of excitement, Pokémon Go is also prepared to surprise its players with the upcoming hardware component that comes optional for dedicated Pokémon fans. The ‘Pokémon Go Plus’ is a small Bluetooth divide that can be attached to the clothes and allow the players to play the game and catch Pokémon’s even while they are not looking at their phone screens. The game lets the player know about a nearby Pokémon and he can catch it by pressing the button on the device. Apparently, Nintendo is already out of stock for the accessory.

The smartphone gaming application where players search for animated characters that have been superimposed on real life pictures is also booing the fortunes of Apple and Google. The Kyoto, Japan-based video gaming company, which is also the minority holder in the gaming app, has benefitted the most where the value of its shares had almost doubled from $12 billion to $30 billion within the launch week of the app.

As per analyst reports, the game has been launched only a few days ago and it has more mindshares per user than WhatsApp or Snapchat and is set to have a larger number of active users as they grow and expand their presence. Despite the fact that the game allows free play, there are in-app purchases that will become a source of revenue for the company. These purchases will be driven by the intention of users to move forwards in the game.

Deutsche Bank analysts state that Pokémon Go has seen parabolic success in the three regions where it was initially launched namely, Australia, US and New Zealand and has topped charts for revenue grossing. However, there is an initial shortcoming of the game that stems from the initial unprecedented popularity. It is the possibility of a severe crash to take up the overload. This would be a good thing for the longer run, though.

Nintendo has been resisting mobile gaming for a very long time primarily with the fear that it would undermine the quality and richness of its video gaming platform. However, with the promising beginning by Pokémon Go, one can only imagine the kind of success coming through for Nintendo, in the times to come.

The game was launched in the UK on 14 July 2016 and there is a Pokémon economy there already. There is a Pokémon taxi driver who has been at the game through the unofficial channels in a week. He drives around about 4 passengers at a time around the city to places which are designated Pokémon stops where players can get their targeted Pokémon creatures. He states that central London is almost rammed primarily because there are a lot of Pokémon stops there. There are many people who want to visit park within the central area where they will find Pokémon creatures that are not to be found in other local areas. You can also hire a Poke-walker who walks for you to get those Pokémon’s around the city. It might sound nutty but this is what the real world is up to since the last few days.

Nintendo’s focus on console based games is set to take a major shift. It released its first game on the smartphone in March and plans to bring in the new gaming console soon. Analysts have highly positive things to say about Nintendo’s future with the rise in in-app purchases for Pokémon Go. These are tell-tale signs for the upcoming launches of Nintendo in 2016 and 2017. For other investors, there is a big question about the sustainability of the initial excitement built up by Pokémon Go which would contribute towards the revenue stream for Nintendo in future. Pokémon Go would not appear to be giving any boost to Nintendo’s basic product however, the stakes are safe because Nintendo is not the creator or the sole investor to the popular game. 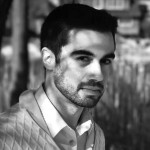