One trend we are definitely going to see in the Irish retail credit markets in 2010 will be the increasing cost of credit. When you hear a lender talk about a ‘rate’ that is the price they will lend to you at, and it is made up of money they acquire at a certain cost -either from offering deposit interest to savers then lending it out, or via the money markets – then their ‘margin’ above that which is where they obtain their profit from.

Take a hypothetical mortgage rate of 4%, ideally a bank has deposits on which they pay c.2% then they lend it out at 4%, keeping 2% as a profit. The reason I’m going into this is because we need to understand the idea of lending margins for the rest to make sense… Irish banks are hungry for capital, they are not particularly trusted internationally, ranking in the bottom quartile according to the latest research by Moody’s. This means that when they go to the market to borrow money (banks don’t operate on deposits alone) they are paying more money than other banks, in the same manner that our government pays more for our national debt than the Germans do (the difference between the two is charted regularly and referred to as the ‘bund spread).

We are also paying pretty high rates on deposits compared to other nations and that results in a ‘compression’ on margin, this means that banks are making less money on the assets they have financed than they were previously, because costs are high. The only way to remedy this situation is a twin approach, reduce costs – operating costs (firing staff) and funding costs (pay less to your depositors) and to increase margin (raise lending costs).

Despite the unpopularity of our banks, the one thing they cannot be accused of is of rifling the consumer on rates, our mortgage rates are amongst the lowest in Europe, but with a broken banking system that continues to need bailout money that trend cannot continue, banks will need to price risk more appropriately, they will need to charge more in order to get money from people who can pay it in order to offset the default of those who cannot. It isn’t ideal, but it is the real situation, and for that reason you can expect mortgage rates to raise by 100 basis points (1%) in 2010. If you have a variable rate you are totally exposed to your bank jacking up rates even when the ECB are doing nothing, and post NAMA that is precisely what banks will do, because they have to, in order to continue they need to get more money out of their customers.

The one way you can prevent this is to fix your mortgage, [note: tracker mortgages are a variable product but don’t leave your tracker without proper advice, the ‘variables’ we refer to here are ‘standard variables’] in essence you are taking out an insurance policy against increases in rates – and PTsb did this in July 09′ so there is a precedent – and inflation.

What we are NOT saying is run out and willy-nilly jump into a fixed rate, but to take this warning and if you feel it pertains to you then consider the avenues and options you can take to mitigate it if the cost is appropriate. 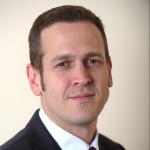