It can happen to the best of us. Running a firm at the wrong time or place can cause a company to become insolvent. Sometimes an inadequate management team has been hired or a couple of clients have moved business elsewhere. Sometimes the product or service just doesn’t reach its sales targets and cash dries up. Many have to deal with struggling businesses.

A number of companies owned by celebrities over the years have gone bust, which goes to show no matter how much money is put into a business, things can go wrong. Take a look at a few examples below.

In 2013, Lily Allen’s vintage fashion business, Lucy In Disguise LLP, was served a winding up petition by one of its suppliers, Aurora Fashion. At the time the LLP owed several thousand pounds, however, this was subsequently dealt and the store ceased trading.

The launch of the joint venture with her sister, Sarah Owen, appeared on a TV show in 2011 where famous fashion guru, Mary Portas, predicted the business wouldn’t work. Lily resigned as a director in 2012 and passed on the LLP to her sister.

In 2013, reports suggested the business moved online after the Soho store closed (having already moved from a prime Covent Garden location), however, it has since disappeared.

The TV chef has run many successful pubs and restaurants over the years, however, his companies ran into some trouble in early 2015. Four pubs were put into administration after struggling with cash flow as a result of difficult trading conditions.

The Chequers Inn, The Wayford Bridge Hotel, The Lifeboat Inn and The Acle Bridge Inn were all based in Norfolk and part of Horatio Inns Ltd group, which listed Marco Pierre White as a director.

AlixPartners, formerly Zolfo Cooper, was appointed administrator and oversaw the running of the pubs and restaurants while a sale of each site was organised.

The former singer of N-Dubz, songwriter and X Factor judge had her company wound up by the High Court in September 2015 as annual accounts had not been filed since 2011.

HMRC issued a winding up petition against The Female Boss Ltd in July 2015 and the High Court ordered the company to close.

Tulisa has since set up another company to operate her business called TFB Entertainment Limited.

The controversial businessman and Republican nominee, Donald Trump, has been a director of not just one failed company but four. He has filed chapter 11 bankruptcy (which is a similar insolvency process to the UK’s company voluntary arrangement) on all four companies below.

In 1991, Trump’s Taj Mahal casino business in Atlantic City built up debt as he had mainly used junk bonds to finance the construction of the site. To pay back loans, he ended up selling his yacht and airline.

A year later in Atlantic City, Trump’s Plaza Hotel struggled to keep afloat and in exchange for a better repayment scheme, Trump gave up 49% stake to Citibank and other financiers. While he gave up his salary for the company and stopped running the hotel from day to day, he still kept the title of CEO.

This business venture racked up $1.8 billion and according to reports, Trump personally put in $72 million to keep the hotels and resorts open. Again, in exchange for a more forgiving debt repayment plan, he gave up some of his stake in the company and handed over the reins to someone else.

In 2009, this company failed to pay $53.1 million bond interest payment and the board spent a while deciding whether or not to file for Chapter 11. Trump soon resigned, leaving the business to struggle on without him. Trump has since said his small stake in the company was a ‘worthless investment’.

And one from the archives … the founder of Heinz

In 1875, Henry John Heinz and his American company Heinz, Noble and Company filed for bankruptcy as he could not afford to pay his staff.

His company began in 1869 and sold pickles, vinegar, sauerkraut and horseradish, operating from two sites in St Louis and Chicago. After one large and expensive harvest, Heinz was paying for more than he was selling and ended up in a significant amount of debt, making it increasingly difficult to pay his suppliers and employees.

Once the company closed down, Heinz almost immediately set up a new company called F & J Heinz with his brother and cousin. They soon began developing and selling a new product – tomato ketchup. The company started to expand and in 1888, Heinz bought out his two partners and renamed the venture as The H. J. Heinz Company.

By 1905 the company had turned into a corporation. Fast forward to today and the global company has merged with Berkshire Hathaway to become the fifth largest food company in the world known as Kraft Heinz Company. The Heinz brand is worth over $23 billion, selling 650 million of Heinz Tomato Ketchup every year across 140 countries.

Prevent your company from going bust

Regardless of how the business gets into financial trouble, it’s important to deal with the issues straight away. Like most situations, they will only get worse if you ignore them. There are a number of turnaround and rescue options available, like a time to pay deal with HMRC or a company voluntary arrangement (CVA). Like with Trump’s companies mentioned above, there are ways to pay back debt in more affordable installments over a few years.

If the company is no longer viable, creditors voluntary liquidation (CVL) may be the solution. If the stress and worry is getting too much, this procedure will close down the business and turn any assets into cash to repay creditors.

Speak to legal and turnaround advisors as soon as possible if your business is struggling to give it the best chance of survival. 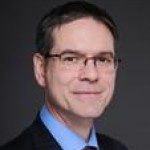 Which Income Does The Bankruptcy Means Test: Net or Gross Income? Simple Understanding of the Complexities of IBC How to Manage Stakeholders in a Company Voluntary Arrangement