There are two very specific schools of thought on the subject of buying social media views.

At one end of the scale, you have those who argue in favor of buying social signals.  Advocates insisting that to buy social media views is to use a fair, effective and affordable strategy to gain a competitive edge.

At the opposite end of the scale, critics proclaim the contrary.  They warn that not only is buying social media views ineffective and therefore pointless but also downright dangerous.

The question being – where does the truth lie?  From an entirely objective standpoint, is it worthwhile or even safe to buy social media views?

As is often the case, the truth lies somewhere in the middle.  While buying social media views can prove enormously beneficial, it’s not the kind of tactic that should be taken for granted.  Or for that matter, rushed into without plenty of forethought.

Is it Safe to Buy Social Media Views?

Focusing on YouTube specifically, the importance of staying safe and cannot be overemphasized.  Read into a bunch of YouTube view reviews and you’ll find just as many satisfied buyers as disgruntled customers.  But in almost all instances, those in the latter bracket make the same fatal error along the way.

Strictly speaking – in a factual sense at least – it is 100% safe and legal to buy YouTube Views.  Even the official terms of service set out by YouTube don’t make any specific reference to buying social signals.  Nevertheless, there are clear and concise clauses in place regarding the use of fake, fraudulent and generally spammy YouTube accounts to promote other YouTube accounts.

Roughly translated, there’s a big (and important) difference between real YouTube Views and fake YouTube Views.  When you buy YouTube Views that come exclusively from active and authentic YouTube accounts, you’re safe. You’re not breaching any of YouTube’s terms and conditions, so there’s nothing to worry about.

By contrast, set yourself up with a bunch of low-quality views from fake YouTube accounts and it’s another story entirely.  Along with doing little to boost your performance, you could be looking at account suspension or even closure.

Two important things to remember being as follows:

Just as long as you prioritize authenticity and ensure your service provider does likewise, buying YouTube Views can be 100% safe.

Is it Worth Buying Social Media Views?

As disconcerting as it may be, it’s important to remember that every view, every click and indeed every action is recorded and stored permanently. Every single action being used as a metric to determine the credibility, relevance, and value of your YouTube videos.  Now more than ever, standing out from the crowd means doing everything you can to make your voice heard.

With figures like these, it really doesn’t matter how outstanding your video content is.  Unless you find a way to stand out from the crowd, you run the risk of going overlooked.  Precisely where social signals like YouTube Views can and do make a difference.

Of course, none of the above will affect the opinions of those who criticize social signals as a promotional tool.  In some instances, their criticisms are more than justified.

For example, buy views that come from spam accounts or completely random countries and they only stand to confuse YouTube’s AI.  Rather than boosting your performance, low-grade social media views could actually make things worse.

In addition, critics insist that the key to success on YouTube lies in hard work and dedication.  Rather than using social signals to climb the ladder, they firmly believe it’s all about graft, grit, and elbow-grease.

Noble perhaps, but also completely unrealistic.  Up against hundreds of millions of competing users, it isn’t enough to simply publish outstanding content and expected to get the job done.  As with all products and services worldwide, you need to market your content as aggressively as possible.  Social media views providing proactive users with the opportunity to make their voices heard.  After which, it’s down to the quality of their content to do the talking.

In a nutshell, therefore, the answer to both the initial questions is yes. Albeit, with an important proviso in both instances.  Buying social media views can be worthwhile and safe, but only if you stick exclusively with authentic social signals.

Just as long as the service provider you work with is up to scratch, you’re in safe hands. 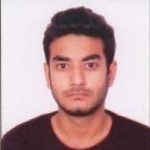