Many individuals consider starting their own small business, but doing so is no easy task. More than 50% of small enterprises shut their doors within a year of opening, and over 95% of startups fail within their first five years.

The good news is that there are plenty of seasoned entrepreneurs ready to share advice to help you avoid their mistakes. As part of our Small Business Spotlight series, we’ve gathered five full-time small business owners to share their biggest lessons learned.

Invest in Yourself (Ashley Marie Soap)

Ashley LeBaron of Ashley Marie Soap has been in the soapmaking business for over five years, and sells her soap to local businesses and on her online store.

When asked for her best advice, Ashley said, “Number one is not being afraid of spending money. Because if you’re starting a business, you have to spend money.”

About 32% of small business owners use personal funds to jumpstart their business, with Ashley being one such entrepreneur. One of Ashley’s first major investments was a ticket to the Handcrafted Soap and Cosmetic Guild in Dallas, which cost her $800, not including other travel expenses. But while it was an expensive investment for her, she quickly found that it was “a complete game changer.” At the convention, Ashley mastered soap making techniques that she still uses to make some of her most popular products, including her bestselling lavender soap bar. The Guild also gave presentations on “business, about marketing, about Instagram, social media, [and] making videos.” Now, Ashley has over 65,000 followers on Instagram, with more soap enthusiasts joining her community every day.

However, Ashley also admitted to some investment fumbles. After selling thousands of dollars worth of soap at one trade show, she eagerly signed up for more, including a vegan event in California. Ashley shared that, “by the time I did all my counting, I lost $150. I was in the hole $150.” While that event seemed like “an epic fail,” her investment paid off in a different respect. She gained insight into which trade shows were her best fit. The next year, Ashley didn’t attend the vegan event, and gave this advice to new entrepreneurs: “Sometimes you wonder if you’re going to make it, but then you learn the lessons you need to learn. And as time goes on, things get better.”

In short, despite potential risk, it’s important to put your money where your heart is.

Visit Ashley Marie Soaps to learn more about her all-natural soaps and skincare.

One Step at a Time (Cosecha del Sur)

Cosecha del Sur, run by founder and owner Charlie Stephens, is a coffee company founded on  “radical transparency, allowing you, the customer, to feel a direct connection to the amazing origins of our coffees.” Currently, Cosecha del Sur services wholesale accounts, including restaurants and cafés, and sells their coffee online.

When we asked Charlie for his two cents, he advised solopreneurs to not worry about what “bigger, better, more funded” companies might be doing. Instead, he encouraged small business owners to “only focus on the very next step in front of you,” stating that while many entrepreneurs dream of booming business, “you’re never going to reach that if you don’t knock out that mundane task.” Whether that be filling out a form or hand-packaging a new order, every “micro-step” brings you closer to your ultimate goal.

Charlie also stressed that attending to the details of every “micro-step” is especially important as a solopreneur. Traditionally, business decisions are made by a team of coworkers who can catch each other’s mistakes, while solopreneurs must catch any errors on their own. As an example, due to a miscommunication with his graphic designer, “Colombia” was misspelled as “Columbia” on his coffee bags, which Charlie only realized after submitting it to be printed en masse. Luckily, he was able to halt the production process without suffering any major losses. However, it did teach him the importance of double (or triple) checking your work as a solopreneur.

Take your time and give your business the attention it needs every step of the way needed to fully realize your vision.

Visit Cosecha del Sur for more about their amazing story and coffee!

Give It Time (Glenda Lavalais)

Glenda Lavalais started Infinity Notary and More after struggling to notarize documents for her son while also working a 9-to-5 job. Although her notary business began as a side hustle serving friends and family, she’s since gone full time, and shows no signs of turning back.

Glenda’s advice to beginner entrepreneurs was to have patience. She called out notary courses’ failure to manage expectations, stating “[They’re] letting new notaries know that you can make six figures doing this, but what they’re failing to say is that it’s going to take them two or three years before they start making those six figures.”

Her tale wasn’t glamorous to start. Glenda notarized her first documents in the backseat of a customer’s car in the parking lot of a fast-food restaurant. She purchased supplies using Hatch’s $250 limit credit. You don’t start as an entrepreneur with all the money, cars, and clothes – it takes time and dedication. Seeing her thriving now, few people consider how her business began, but it was her patience that got her to where she is today.

Give yourself the time you deserve to become great.

Paul Kleen is a career marketer who used his industry knowledge, past experiences at larger companies, and lessons from his first business to found WeAdvertiseYourBusiness.com.

Paul’s first business, a social media consulting firm, billed clients hourly rather than monthly. Unfortunately, hourly billing meant that the company never really knew what the revenue would be. Like Paul’s former consulting firm, agencies that still bill hourly struggle to manage their finances because “each month they make different amounts from their clients, but every month they have the same cost to service those clients.” While hourly billing forced Paul’s first firm to close its doors, his new venture, WeAdvertiseYourBusiness.com, bills clients monthly and is thriving as a result.

Paul also advises against viewing other agencies solely as competition instead of potential collaborators. Today, a substantial portion of his clients are actually other agencies that may lack the resources or expertise We Advertise Your Business has.

Paul reflected on why his last firm failed, and these reflections have made We Advertise Your Business the successful venture that it has become. You gain valuable knowledge from your failures that can fuel your future success.

Starting a business is no easy task, but starting one during a pandemic is its own tale. After leaving the security of a full-time IT position, that’s exactly what Jack O’Connell did opening Dr. Brewlittle’s Brewery in Maple Shade, NJ. He became the youngest brewery owner in New Jersey and has helped make great craft beer accessible to the community.

He and his team found fast success in the small town, doing well over the projected numbers since the brewery opened in September. Despite the business’s growth, Jack knows not to go overboard. He says, “It’s not hard to brew a good beer and it’s not hard to run a good brewery, but people just don’t pay attention to that and they scale too quickly or start distribution very early on. What you run into is that you did too much too quickly, and I think that’s really with any small business.”

As he sees it, most small business owners overburden and overwhelm themselves by trying to do too much too soon. Dr. Brewlittle’s is currently doing well and Jack sees no reason to add any extra moving parts to a machine that’s doing just fine.

It’s best to give yourself time to grow slowly and organically instead of trying to force growth just because you had a good week, month, or year.

It’s All Worth It

Being an entrepreneur isn’t easy. However, according to these small business owners, it’s all worth it. There are few ways in life that we can share what we’re passionate about like Ashely or Charlie, be able to serve your community like Glenda, put smiles on the faces of your neighbors like Jack, or take control of your fate like Paul. You are capable of making your entrepreneurship dreams come true. We hope these lessons will motivate you to pursue them! 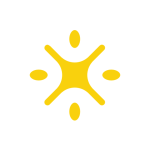