Why Are My Ebay Sales So Slow?

One sourcing strategy that I see a lot of sellers follow on eBay is: They’ll go to a thrift store and they’ll just buy random items that look good to resell, like say a random kittens mug. I understand this, as long as an item is in good condition and relatively unique this almost always a buyer apnea for the item. But the aforementioned mug may not sell very fast (if it’s a one product shopify store), while there is almost certainly a buyer out there who is willing to purchase it, you might be sitting on it for weeks or potentially even months.

If you want to sell items like that and make a full-time income, then you’re going to need to be willing to sit on an inventory of thousands of items and to be playing a huge waiting game. But this is slow and it takes a  really long time to build up an inventory of thousands of items and in the meantime, you’re going to be seeing very inconsistent sales.

The way to solve this is to shift your strategy and to focus on sourcing items that have constant ongoing high demand. Find popular items in a niche that you specialize them. I’ve used this example numerous times in my articles and guides, because of the fact that video game reselling holds a very special place in my heart, as my first online e-commerce endeavor and one game that you can sell all the time because it’s got constant ongoing demand is Pokemon for Gameboy.

Back then they sold that crazy and today they still do. Here is an example of one game: “Pokémon FireRed”

Taking a look at it in Terapeak – the ultimate dropshipping product research tool , we can see that it has an average sell-through rate of 65 point two one percent.

This means it will reliably sow usually within 1-2 weeks. I feel very comfortable then picking up a Pokémon FireRed game knowing that I would be able to sell it within one to two weeks, because of the fact that there is constant ongoing demand – this is why aliexpress product analysis is so important.

Let’s compare it  then to ESPN NFL 2k5 for the PlayStation 2, I can see  that it will take on average four weeks to sell because it has a sub through  rate of about 25%

Think about it, if I wanted to sell 50  video games a week and there are two main strategies I could focus on;

Which do you think is the easiest business model? Obviously, it is the second one and because you’re focusing on high demand popular items, your profit margins will usually increase as well.

Realistically I know a lot of eBay sellers are going to want to try to do both and that’s okay, but if you’re seeing slow eBay sales this is almost certainly the problem – you’re not focusing enough on sourcing items that have constant ongoing high demand.

You are going to struggle to sell items that a really common and generic, and they can have tons of competition from other sellers. I’ve said before and I’ll say it again selling: online is all about finding untapped niches don’t go and sell a common item if it doesn’t have at least some unique twist to it.

And the reason why people attempt to sell common generic items is that they’re just lazy and don’t do research to figure out unique items to sell. They don’t know what sells, so they tend to just look around the house items that they use already.

Take a random white sock as an example

Selling something like this here on eBay would be a huge mistake. Yes, there will be probably quite a lot of demand for it, because of the fact that it’s a common item, but that also means there is going to be a ton of competition for it.

Avoid those types of items, because the supply outstrips of demand it means it’s going to take you a long time to sell these types of items unless you seriously undercut your competitors.

If you jumped on the bandwagon, you could have been making $50 profit for each of these hats that you sell which would have been a  200% profit margin, but I’ll get to that later in the article.

Right now, if you  source an official Donald Trump “Make America Great Again” hat, it has a 100%  sell-through rate.

As a result, because of the fact that this market is undersupplied the opportunity would have been for you to come in and take it.

So, stay clear of common items if you want them to sell  fast. Sell niche items instead, because selling items like this here requires creativity to come up with it, which usually means that the demand is going to be outstripping the supply. 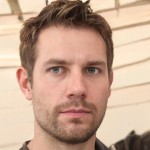 The relationship between employers and employees is a fragile one.  It can be tested when companies decide to use employee…

The 3-Step Focus Funnel That Will Change How You Lead

Business owners and leaders don’t have the luxury of unlimited attention or time. As companies grow and their needs become…

How to Practice Workplace Wellness When You’re Self-Employed

Your working style has a major impact on your health and well-being. For business owners and entrepreneurs, the responsibility of…

XBMC i.e. Kodi is a free and open-source media player software application that was first created in 2002 as a…

Things have changed a lot since the ’90s and unlike those generations, Generation-Z has things nobody could have imagined. Sure…